The HydraStepp Flats Boast is designed by Steve Stepp, the founder, designer, and manufacturer of the renowned Velocity Powerboats.

Who Designed Your Boat?:

Why Speed Is Important:

Steve Stepp started boat racing in 1962 with a 14’ Norris Craft. It was powered with a 100 hp Mercury engine.  He progressed to Allison Craft boats racing single and twin engines.  He set 4 world records and won many races during his racing career in OPC.  At the same time, he owned a retail boat and motorcycle dealership in southern Ohio where he sold Allison, Bullett and Ranger bass boats.  He continued racing throughout the OPC circuit until 1976 when he sold his business and moved to south Florida.

After a year of retirement, he saw an opportunity to get back to his roots and decided to build himself an offshore powerboat and start racing in APBA.  His first boat, a 30’ that he called Velocity was designed and built by him in a small warehouse in Pompano Beach Florida.  That was in 1978 and the beginning of the company known world wide as “Velocity Powerboats”. That was the first year that he showed his boat at the Miami International Boat Show.   With a totally new hull design that incorporated a pad bottom and Stepp transom,  it was quite the conversation piece of the show.  Velocity Powerboats went on to set 10 world offshore speed records, win 8 world offshore championships and 7 national offshore championships and many offshore races.

Steve is among the top 5 hull designers in the world due to his accomplishments in racing and performance boats.

In 1981, Steve took his “radical” designed boat to Lake X, Mercury’s secret testing center lake in central Florida and was the first offshore boat in the world to break the 100 MPH mark.  The boat had twin 475 HP engines and #2 Speedmaster drives.  These were stock engines.  This was the standard power package that was sold to the public in those early years.

After researching and studying all the shallow water boats, Steve knew there was a better hull design to be had. In 2017 Steve started building his first flats, or shallow water boat. He incorporated all the knowledge he had about materials and design from his previous company and has put all of this into his new boat, the 18’ HydraStepp® flats boat.

THE MOST EFISH ENT FLATS BOAT EVER!

Store 8 fishing rods, up 13' long under the gunnel and 6 on the console

Get on a plane in 3 seconds with no tabs

Holds 8 rods up to 13' long under the gunnels. No need to disassemble them to put them away!

Best fuel mileage of any other flats boat period

HydraStepp can be built with any horsepower up to 150 hp

The performance and speed shows the efficiency of the hull design

Designed by Steve Stepp, The Worlds First designer, builder and racer to break the 100 mph mark in an offshore v hull plus hold 14 world speed records

Absolutely the best riding and driest flats boat ever made

Wide beam makes for a more stable boat when poling

Holds 8 rods up to 13' long under the gunnels. No need to disassemble them to put them away!

Best fuel mileage of any other flats boat period

HydraStepp can be built with any horsepower up to 150 hp

The performance and speed shows the efficiency of the hull design 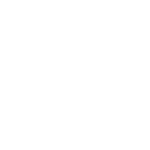 HydraStepp is designed by Steve Stepp, founder and designer of Velocity Powerboats and responsible for 14 World Offshore Speed Records and 8 World Offshore Championships.

Get the latest company’s news, advice on logistics, discounts and more!